Cities of the Hanseatic League

The Hanseatic League was a commercial and defensive confederation of merchant guilds and market towns in Northwestern and Central Europe. Growing from a few North German towns in the late 1100s, the league came to dominate Baltic maritime trade for three centuries along the coasts of Northern Europe. Hansa territories stretched from the Baltic to the North Sea and inland during the Late Middle Ages, and diminished slowly after 1450. Hanse, later spelled as Hansa, was the Old High German word for […] 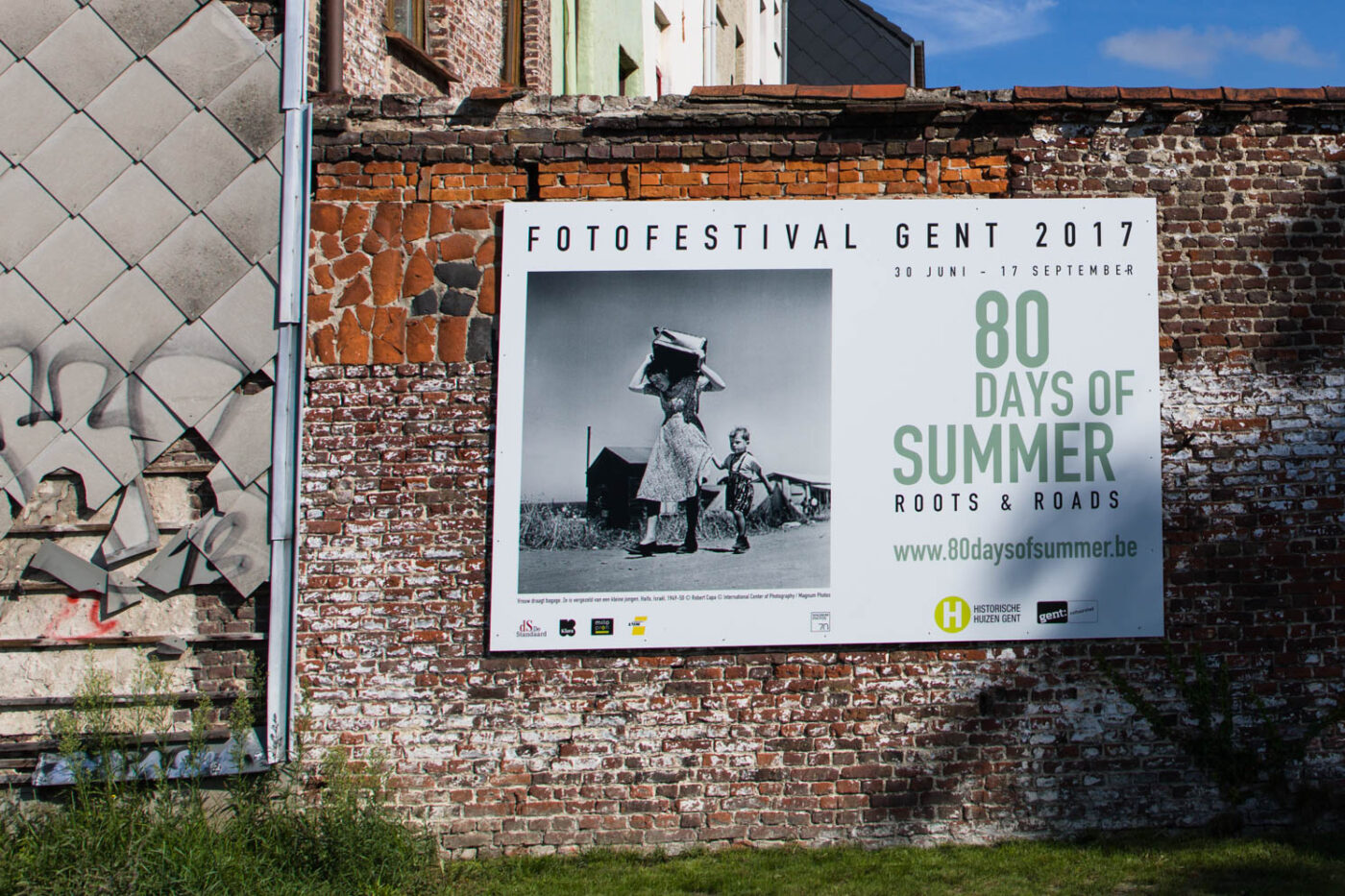 Through this post we would like to share with you links to photographers and photo sites that do inspire us and hopefully will also inspire you in your photographic journey. Please click on the name of the photographer or name of the website and then you will be automatically directed to the pertinent site.

Carol Allen-Storey.(new) Carol Allen-Storey is an award-winning photojournalist specialising in chronicling complex humanitarian and social issues. Her imagery illuminating people’s dignity and quest for survival reflects the unique trust and respect she engenders with her subjects. She writes on her website: “My images are intimate, about issues and citizens I deeply care about. I believe photographs may not be capable of doing the moral work for us, but they can trigger the process of social consciousness.” I arrived at her website through a newsletter of the British Journal of Photography where I saw her name in the judging panel of Female in Focus 2020. She is a great caring social photographer.

Maria Joao Arcanjo. Maria Joao is from Lisbon, Portugal. I do not know much more about her, but I have seen work of her on different websites and I admire her work. She is writing on one of the websites: “I share moments and emotions: I use photos for that”. She is just great in people photography, both in B&W and colour. Please visit as well these two websites where you will find her photo’s: https://500px.com/m-j-arcanjo and http://www.fineart-portugal.com/author/112

Alessandro Bergamini was born in Finale Emilia in Italy, in 1986. He started photography with an old reflex camera of his father and from there his artistic and spiritual journey began. I saw his photos on Instagram and when I visited his website I discovered the fantastic photos of his travels to India, Birma, Ethiopia, China. In his photos Alessandro is able to express the maximum of atmosphere  of his journeys, with a great respect for the people he is photographing. His colour work is real top. His work was also published in National Geographic and Digital Camera.

Eljee Bergwerff  an experienced, innovative and passionate photographer and videographer. His images stand out by their distinctive colours, style and lightning. He highly enjoys finding the perfect solution for each of his clients, using the best of up-to-date technologies. Attention and quality define his work and relations. He is spiritually motivated to show the uniqueness of all creation.

Ebru Ceylan was born in Ankara, Turkey, 1976. She started photography in 1992 in Ankara and she had solo exhibitions in Turkey and Europe and participated in group exhibitions and won man awards. She participated in several films of Nuri Bilge Ceylan as actress, scriptwriter and art director. She is going on making films and photographs.

Vlad Dumitrescu.  He writes on his website: I have been in love with my country for all my life. All the trips that I made during my childhood helped me feel this way. I did not miss any opportunity to discover new places or to revisit some that were already dear to me. I have met people, I have entered a little in their lives and I have listened to their stories. I discovered photography many years ago. Through my camera, I managed to bring home a bit of what I experienced on my trips and share with others what I saw and felt. In time, I have been slowly drawn into the life of Romanian village. I like, first of all, its people and the traditions that, fortunately, are still preserved in some places… I like to think that my pictures will be able to keep some of its charm, the charm of the Romanian village.

Vlad is photographing people and rural life, in the way how I would like to photograph. I have great respect of his craftsmanship. I strongly recommend to visit his website!

Nikos Economopoulos was born in the Peloponnese, Greece. He studied law in Parma, Italy, and worked as a journalist. In 1988 he started photographing in Greece and Turkey, and eventually abandoned journalism in order to dedicate himself to photography. He joined Magnum in 1990. His work is a great inspiration for me. I can not make a selection for you. I love all his work.

A man with a mission. I am impressed by the this photographer and his project. He writes in his blog: -quote- At the start of 2015, I’m at a crux in my life. First conceived in 2012, my major photographic mission — The Lifeboat Station Project — is now underway.In creating The Lifeboat Station Project, I’m bringing together my love of photography, the sea and the RNLI to produce an unprecedented body of work. The project mission: Using an early Victorian process — known as Wet Plate Collodion — I’m crafting unique photographs on glass at all 237 RNLI Lifeboat Stations in the British Isles. -unquote- You have to visit the project’s website!

Raffaele Montepaone was born on May 5, 1980 in Vibo Valentia, Italy. We first saw Raffaele’s work in an article in the Black & White Photo Magazine about centennials in Calabria and then visited his web site. The project Life he worked on is awesome. Raffaele is a very talented photographer.

Jean-Baptiste Pellerin I just recently “discovered” Jean-Baptiste through the newsletter of British Journal of Photography. There was a link to an article about the backtothestreet project and it opened with the heading “I want to make you look at the wonderful people all around you”. And that is what Jean-Baptiste is capturing in his photos. Street photography “pur sang”. Highly recommended!

Raghu Rai. Raghu Rai was born in the small village of Jhhang, now part of Pakistan. He took up photography in 1965, and the following year joined The Statesman newspaper as its chief photographer. Impressed by an exhibit of his work in Paris in 1971, Henri Cartier-Bresson nominated Rai to join Magnum Photos in 1977. Rai left The Statesman in 1976 to work as picture editor for Sunday, a weekly news magazine published in Calcutta. He left in 1980 and worked as Picture Editor/Visualizer/Photographer for India Today, India’s leading news magazine, during its formative years. From 1982 to 1991, he worked on special issues and designs, contributing trailblazing picture essays on social, political and cultural themes, many of which became the talking point of the magazine. In the last 18 years, Rai has specialised in extensive coverage of India. He has produced more than 18 books, including Raghu Rai’s Delhi, The Sikhs, Calcutta, Khajuraho, TajMahal, Tibet in Exile, India, and Mother Teresa. For Greenpeace, he has completed an in-depth documentary project on the chemical disaster at Bhopal in 1984, and on its ongoing effects on the lives of gas victims. I saw a documentary on television of him and his daughter. I was very impressed by his photography, in particular the photos of Mother Teresa.

Omar Z Robles. NYC based photographer. Born and raised in Puerto Rico. His interest in story telling began with one man: Marcel Marceau. The legendary mime actor taught him how to interpret the world through subtle but riveting movements. Those movements that he acquired as a student in Paris, he employs today in his photo series of ballet dancers. In New York City, he transformed the aesthetic of his street photography by substituting the New Yorker with the New York dancer. Robles directed the dancers to tell stories with their bodies as he had learned from Marceau. The results were an army of miniature stories as told by the gentle flow of the dancers’ bodies. For me Omar is unique and his photos are a piece of art. There are also some films on his website and I recommend you to watch these!

Hamid Sardar . In the LFI magazine I read an article about Hamid’s book: Dark Heavens. I ordered the book and yesterday it was delivered at our house. The book is a master piece. It contains photos of the shamans and hunters of Mongolia. Hamid Sardar (born 1966) is an explorer, photographer and award winning filmmaker based in Paris, France. Most recently he has dedicated his time to exploring Mongolia and bringing awareness to the plight of its various nomadic traditions through his award winning photography and film.

Chris Terry. Chris Terry is a London based Photographer shooting celebrities, portraits, food and travel for advertising, magazines and books.I got to know about Chris Terry through an article by Tim Clinch in Black+White Photography. What Tim said in his article is very true: You are left with a sense that here is a photographer who cares about stuff.

Takis Tloupas, 1920 – 2003. When we lived in Greece we bought the book ” Greece through the lens of Takis Tloupas”. With his scooter he traveled all over Greece photographing the most beautiful corners, from Pineios river and Lake Karla, to Skopelos and Crete. Milestone in his career is the award in 1994, from by the Ministry of Culture, where together with other 50 personalities of Literature and Arts, he was honored for his contribution to cultural life. We are really touched by his photos of Greece. The valuable material of Takis Tloupas is archived and is available to anyone interested in his photography Studio that has now Tloupas daughter Vania, who as a photographer continues the tradition in the art of photography. Through Vania we bought two photos of Takis Touplas, which have a prominent place in our house in Zeeland.

Stephan Vanfleteren. (updated) Kortrijk, 1969) studied photography at Sint-Lukas Brussels (1988-1992). He worked as a freelance photographer for the newspaper De Morgen from 1993 to 2009, but continued to be involved in his own projects. Last year I visited the exhibition “Surf Tribe” in the Kunsthal in Rotterdam. He explains in this  project a culture in which a deep respect for the ocean dominates. No action photos on azure blue waves in this photo series, but serene black-and-wight portraits in Vanfleteren’s pure and haunting style. In February 2020 I visited the exhibition Present in the FOMU (photo-museum) in Antwerp. Present is the renowned Belgian photographer Stephan Vanfleteren’s first major retrospective. The general public knows him best for his evocative black-and-white portraits but in recent decades he has produced a wide range of journalistic, documentary and artistic work. I also bought the book Present. Stephan Vanfleteren is ranking very high on my list of favourite photographers. The exhibition and the book are just top!

Vanessa Winship (born 1960) is a British photographer, who works on long term projects of portrait, landscape, reportage and documentary photography. I very much like her book Sweet Nothings: The Schoolgirls from the Borderlands of Eastern Anatolia (2007), which I gave once as a present to Yvonne and her friend. The photos in this book I can look at, over and over again.