This is the first publication in our country series. Our intention is to share with you in one page our relation with the pertinent country.

Our relationship with Greece

Our first introduction to Greece was in 1985 when we spent a holiday on Crete. We didn’t know at that time that years later we would live and work in Greece.

From 1993 to 1999 we lived in Kifissia a suburb of Athens and Adriaan worked in Piraeus. We spent all our holidays in Greece, and. also on weekends we made short trips. We fell in love with Athens. We often took the metro to the Plaka and from there strolled through the city or to Piraeus and walked along the seaside. During the six years that we lived in Greece we visited more than 20 islands, but also the Peloponnese and the mainland of Greece.

The years that we lived in Greece we started actively take care of some street dogs and cats. We adopted over the years 5 cats and 6 dogs, which we could offer a warm nest. We still have two adopted dogs from the island Corfu that we always take with us when touring with the van.

After 1999, of course, we continued to visit Greece.  Back to Athens. Yvonne went to Mytilini three times and I once to help a friend with the olive harvest, which was a special experience. In 2017 we made a big trip with our bus camper on the mainland of Greece. In 2021, we could finally make the long planned trip to the Peleponnese and also visited the island Kythira and Epirus. In 2022 we have made a six weeks round trip in Greece, which gave us the opportunity to explore Macedonia and Thrace.

We did take a lot of analogue photos when we lived in Greece, but regretfully scanned only a limited number of photos.

Here below we have links to our Greek  photo galleries, that we have published on SmugMug. By clicking on the photos you will be directed to pertinent gallery on SmugMug. 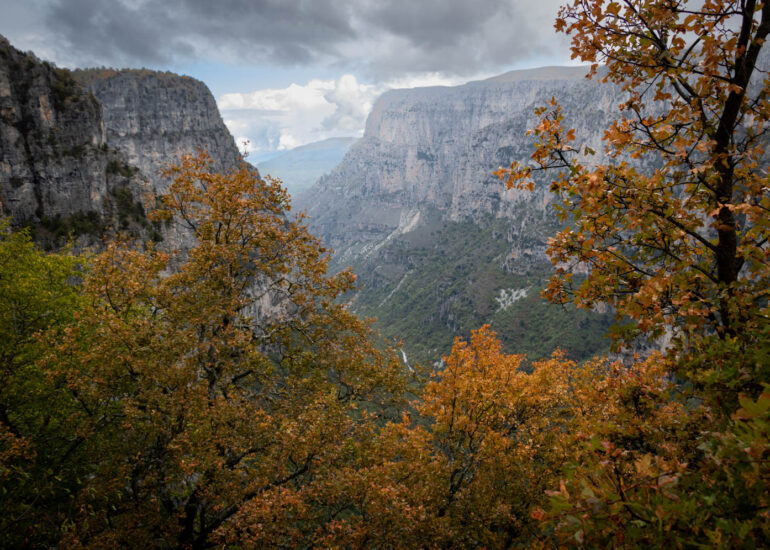 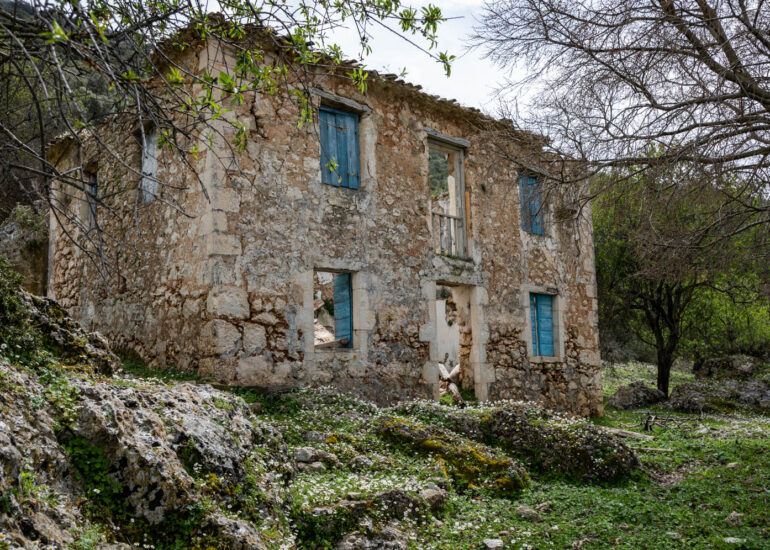 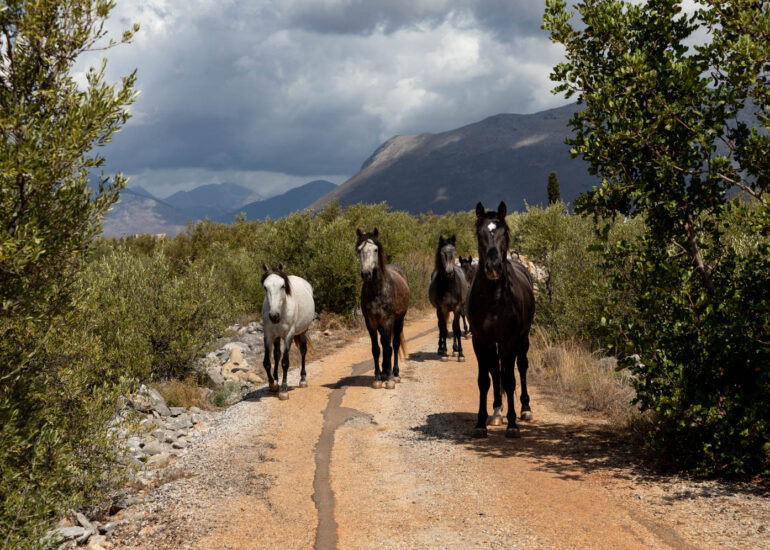 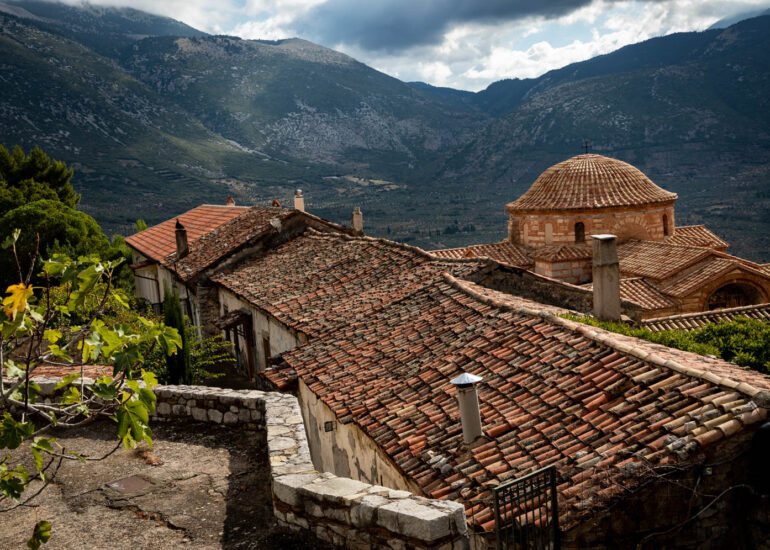 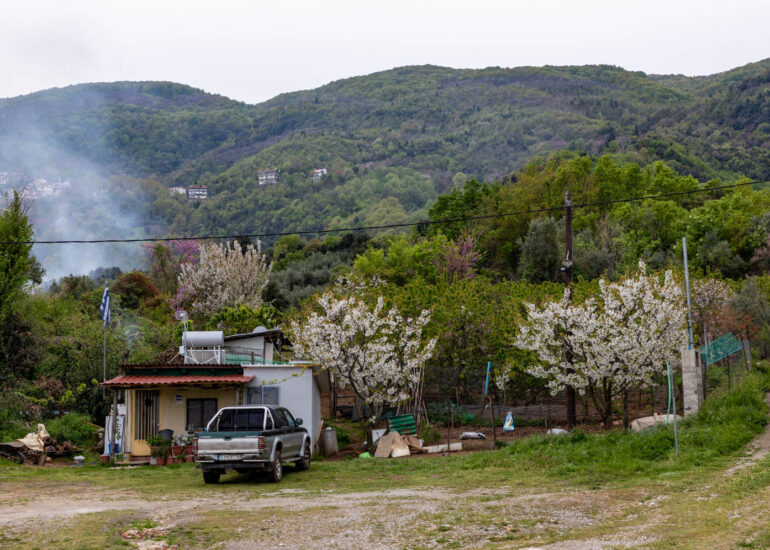 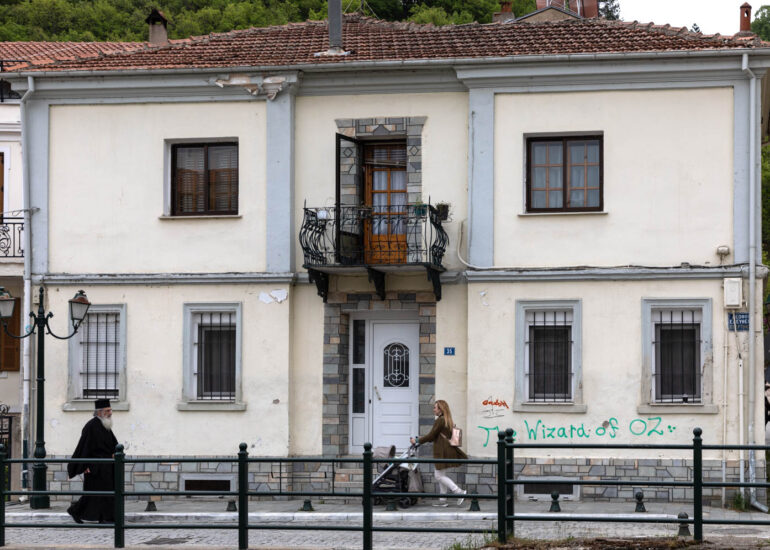 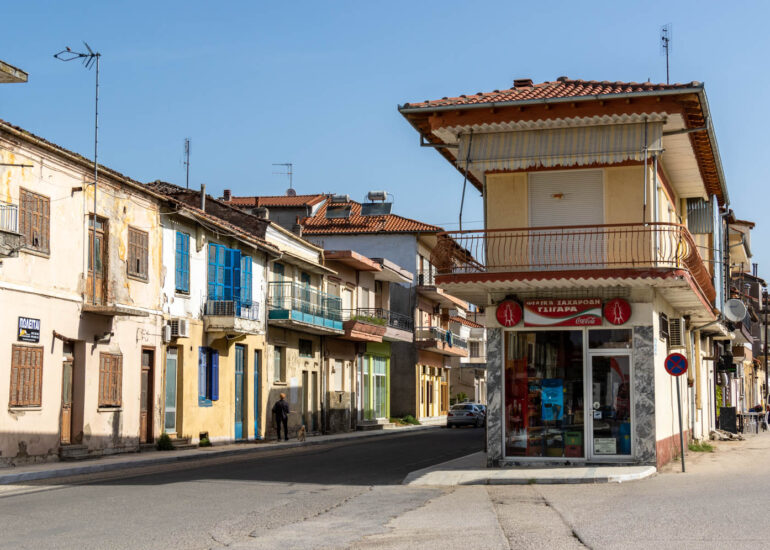 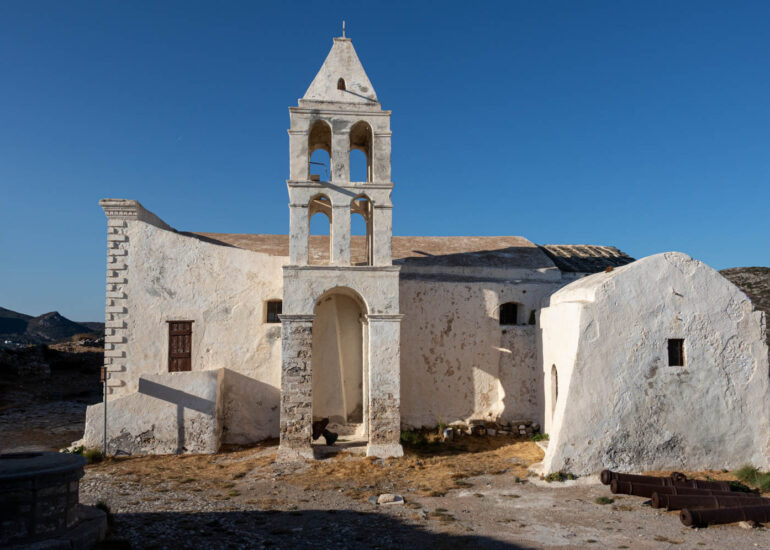 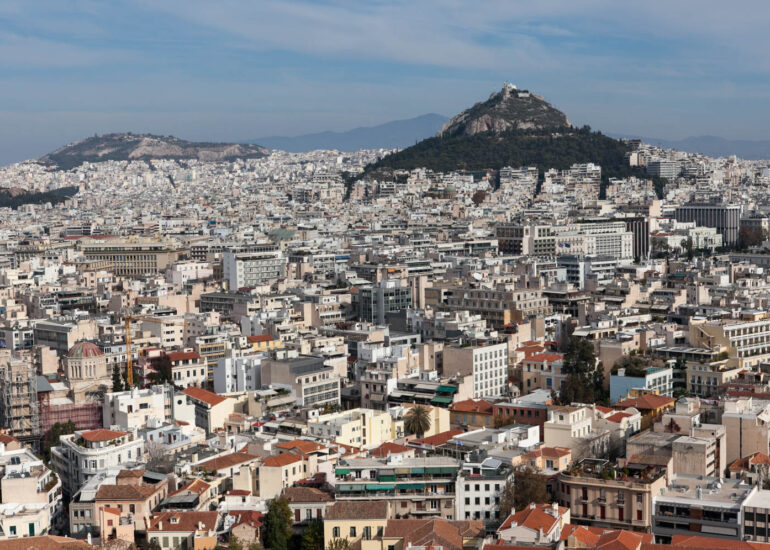 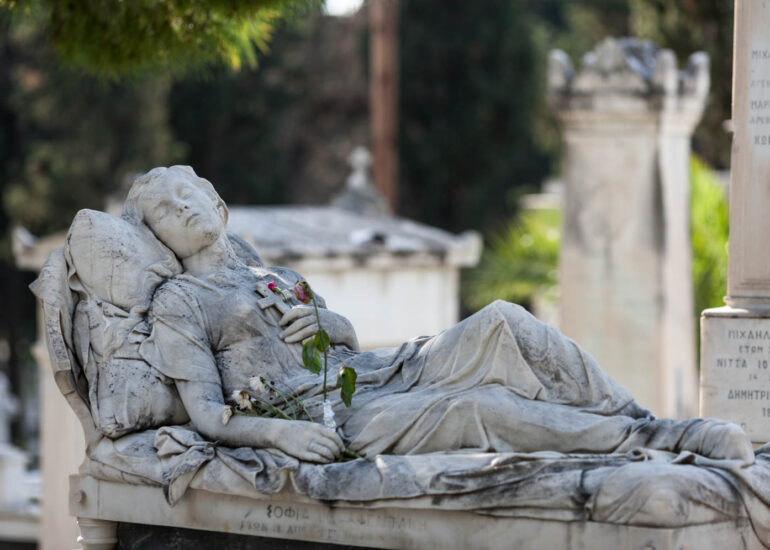 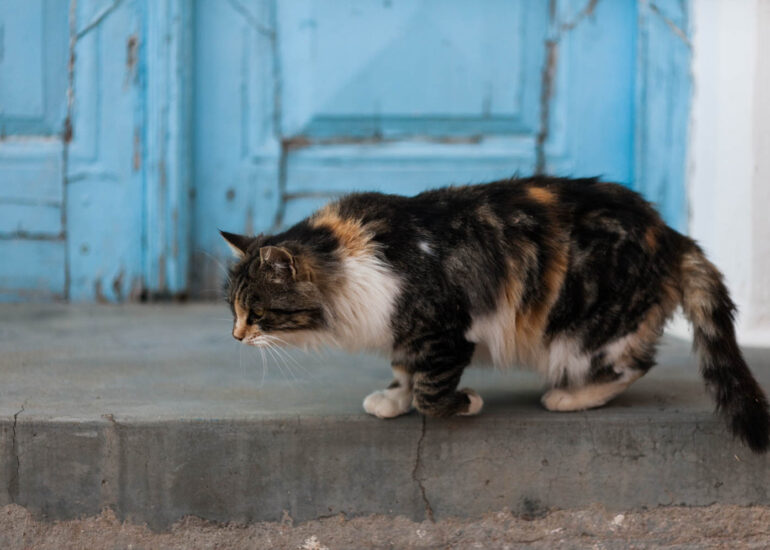 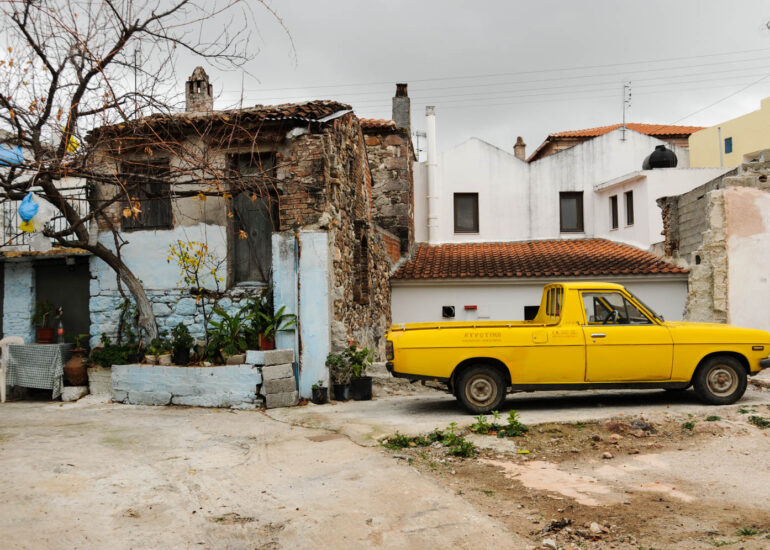 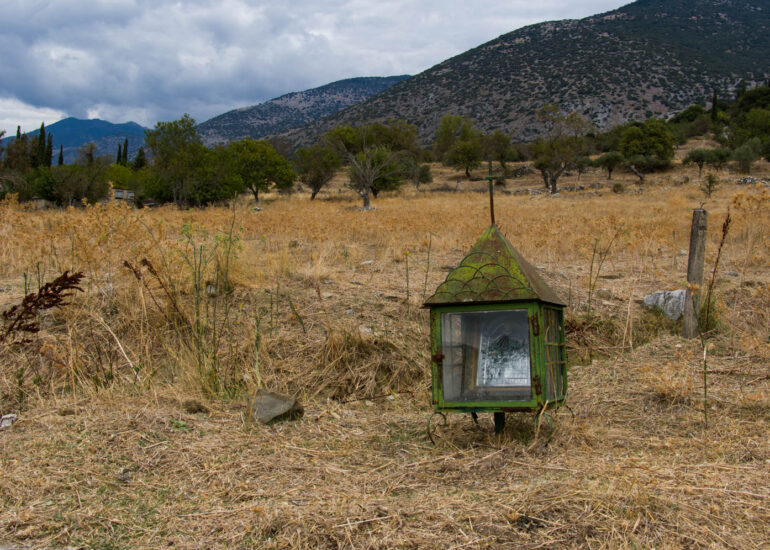 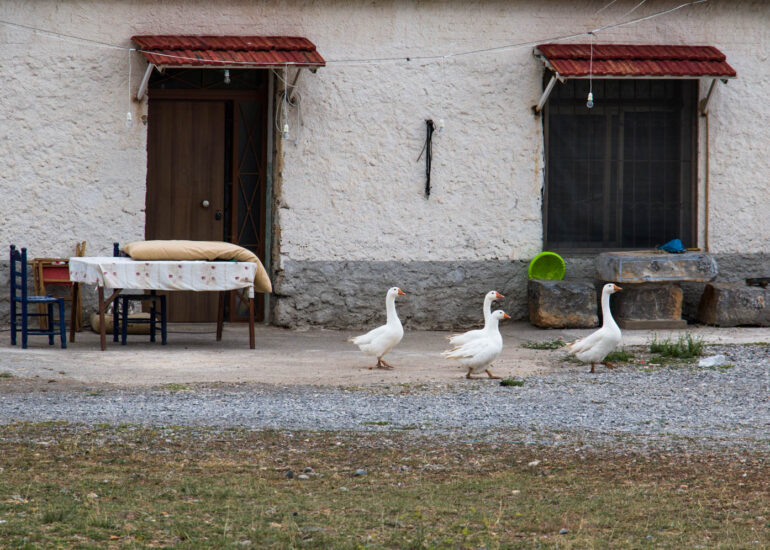 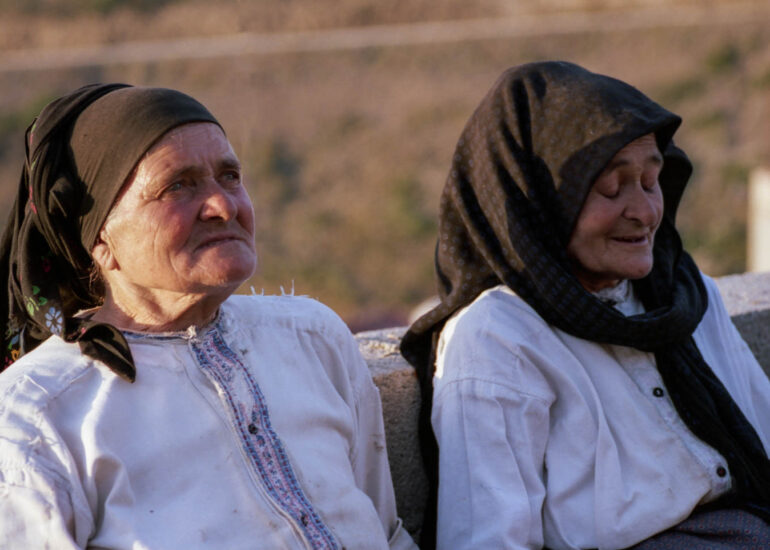 In our BLOG we have published several posts related to Greece.

My colleagues in Greece introduced us to traditional and modern Greek music. They invited us for concerts in Athens, many times in the open air. We were addicted from the very beginning. The instruments, the lyrics, the atmosphere in concerts is so beautiful, it goes directly into your heart.

Over the years we have visited concerts of the best Greek performers, e.g. Maria Farantouri. Yorgos Dalaras, Haris Alexiou, Vasilis Skoulas, Panthelis Thalassinos, Melina Kana, Alkistis Protopsalti and many others. Regretfully we have not seen Theodorakis performing live. When you click here, you will be directed to photo’s that we made during a Greek concert in Brussels.

There is a broad variety of styles in Greek folk music. The islands and the main land all have their own sound.  And then there is Rebetiko.

Rebetiko is the Greek Blues. The music is closely intertwined with the history of Greece in the twentieth century. It is the Greek song of life that is about exile, wistful life, love and life and death. The Rebetiko was taken from Asia Minor, the current European part of Turkey, to Greece when Greeks had to flee from that area. From a melting pot of cultures, this beautiful music originated.

In our Country series of Greece we could not avoid to make an attempt to make you enthusiastic about Greek music. It is an inseparable part of our love for Greece.