This is the third publication in our country series. Our intention is to share with you in one page our relation with the pertinent country.

Our relationship with Portugal

We both became interested in Portugal when, on 25 April 1974, the  Carnation Revolution broke out in Portugal, transferring Portugal into a democratic country. In 1976, the first democratic elections were held, and the sympathetic Mário Soares became prime minister. By chance, Yvonne was there when Soares arrived  by train at The Hague Hollands Spoor in May 1974.

But it was not until 1989 that we visited Portugal for the first time. That’s where our love for Portugal started. Love at first sight, not surprising as you start your holiday in the beautiful city of Lisbon. The music, the Fado, also contributed to our love for Portugal. During that holiday we visited Monserrate, Obidos, Aveiro, the Algarve, Portinho da Arrábida and ended up back in Lisbon.

On our return flight to the Netherlands our plane got very serious technical problems. We took off twice and both times we had to return to Lisbon. The plane was heavily shaking in the air and lost height. The fear of flying that ensued affected me in my work for several years.

In 1991 we drove to Portugal by car and spent our holidays mainly in the Algarve and Lisbon. There are not many photos of both holidays and to be honest the quality of these photos is just not good.

In the spring of 2010, we made a tour in the Alentejo. There was an explosion of flowers and the early spring light was beautiful.  We have come to love the Alentejo and in the seasons in which we travel it is very quiet, certainly compared with the touristic Algarve. Wide vistas, green hills, vineyards and cork and olive trees as far as the eye can see. Characteristic towns such as Marvão, Evora, Elvas and Monsaraz. The people are friendly and the food delicious.

In 2019 we made a tour in Portugal with the camper. A travelogue of this trip with what we experienced as highlights can be found in our blog: Travelogue Spain and Portugal 2019. (Please click).

Here below we have links to our Portuguese  photo galleries, that we have published on SmugMug. By clicking on the photo you will be directed to pertinent gallery on SmugMug. 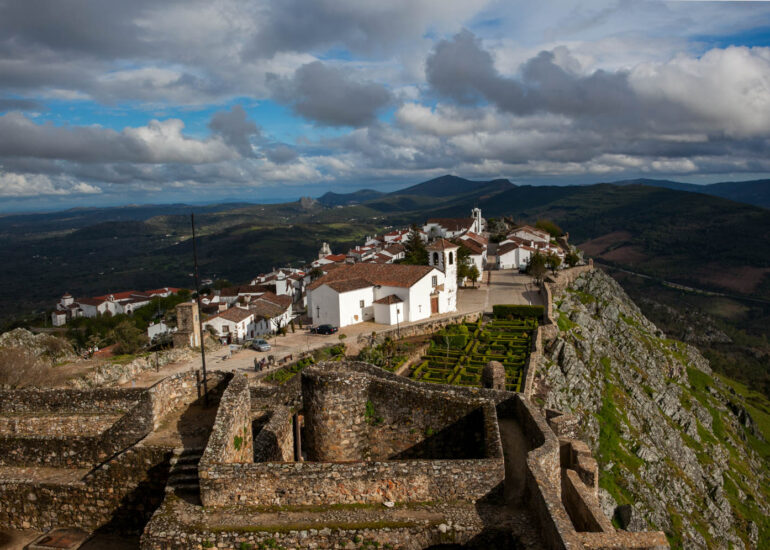 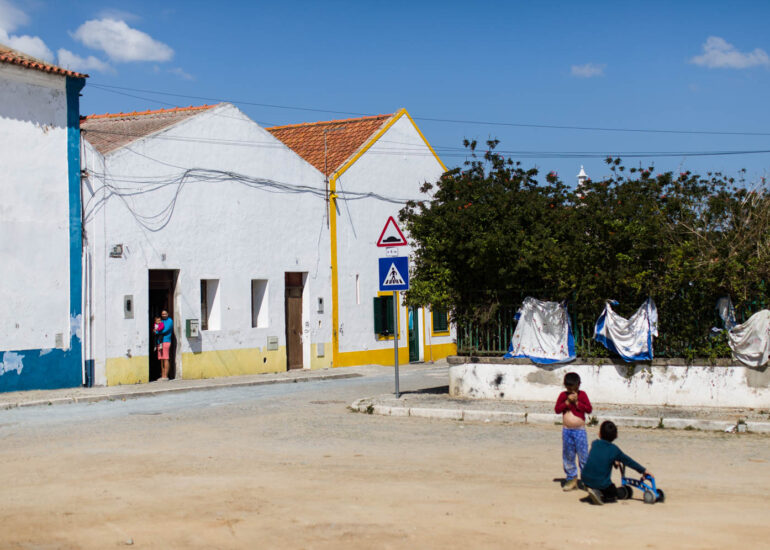 During our first visit to Portugal we went to a restaurant in Lisbon where local singers performed Fado music. This music came straight into our hearts. Our CD collection, now,  consists largely of traditional Greek and Portuguese music.

Fado, literally “fate”, is a genre that has existed since at least the 1820s—and possibly for some time. The style is characterized by the melancholic tones and texts, which often tell about the sea or about the life of the poor. Fado is also strongly associated with the Portuguese word saudade, a word that is difficult to translate. Saudade has to do with homesickness and a desire for the past or for better times.

We went to concerts of Cristina Branco and Mariza in the Netherlands. When we lived in Athens we went to a performance of Madredeus. Madredeus had made an unforgettable impression on us in the Wim Wenders’ film Lisbon Story. The concert also became unforgettable for us. We saw Mísia performing with Christina Pluhar, also in Athens.

We also want to mention Cesária Évora of Cape Verdie who had so many Portuguese influences in her music.

Of course, our CD collection is not missing: Amália Rodrigues, the most important and influential fado singer in history.