Cities of the Hanseatic League

The Hanseatic League was a commercial and defensive confederation of merchant guilds and market towns in Northwestern and Central Europe. Growing from a few North German towns in the late 1100s, the league came to dominate Baltic maritime trade for three centuries along the coasts of Northern Europe. Hansa territories stretched from the Baltic to the North Sea and inland during the Late Middle Ages, and diminished slowly after 1450.

Hanse, later spelled as Hansa, was the Old High German word for a convoy, and this word was applied to bands of merchants traveling between the Hanseatic cities — whether by land or by sea.

Merchant circles established the league to protect the guilds’ economic interests and diplomatic privileges in their affiliated cities and countries, as well as along the trade routes which the merchants used. The Hanseatic cities had their own legal system and operated their own armies for mutual protection and aid. Despite this, the organization was not a state, nor could it be called a confederation of city-states; only a very small number of the cities within the league enjoyed autonomy and liberties comparable to those of a free imperial city.

In the Netherlands we have quite many cities that were member of the Hanseatic League. The cities are beautiful most of them small. We have started to visit the cities in the Netherlands and capture the atmosphere and architecture of these cities. In 2019 we visited Deventer, Kampen and Hattum. We intend to visit more in the years to come.

Here below a selection of our photos of Deventer. More photos can be found on SmugMug (please click here). 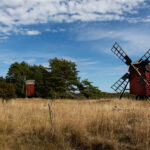 Prev Sweden 2019
Next Highland cattle at the Westerschelde river 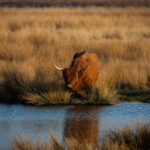