One of the most beautiful cities in the world

In September 1993 we visited Istanbul for the first time. I had meetings at our office in Istanbul and Yvonne accompanied me on this trip and visited the city on her own. Saturday, we had all day together to explore Istanbul. Although it was a short visit to Istanbul, the city made a overwhelming impression on us. Although we lived in Athens at the time, Istanbul, even more than Athens, was a place where Western and Eastern culture met.

We’ve seen a lot on that one day. We visited:

What makes this city really special is the Bosporus, which flows so beautifully through the city. The views on the Bosporus and the skylines are all the time changing, depending on where you are.

In my notebook I wrote, at the time, that I should definitely remember the following:

In the period 1993-1999 we would visit Istanbul very often. Every time it was fantastic to be there. In the office we became good friends with colleagues. The Turkish cuisine is fantastic. Istanbul is just so special.

We have included some photos of our visit here. Scanned from very small negatives……

On a later trip we have delivered printed photos to the people that we had photographed, and they were so happy for that. 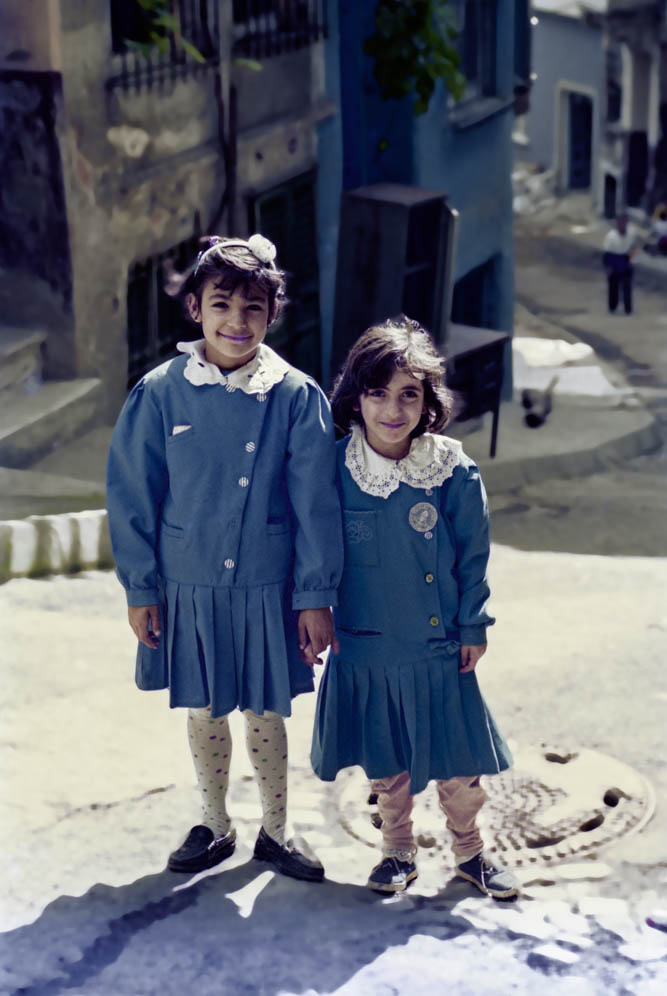 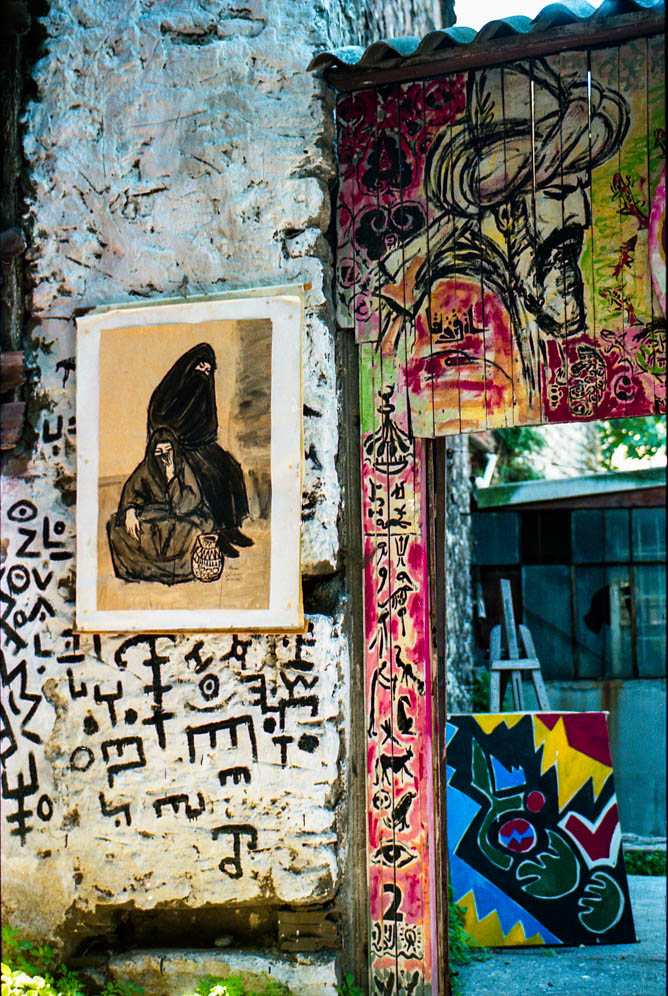 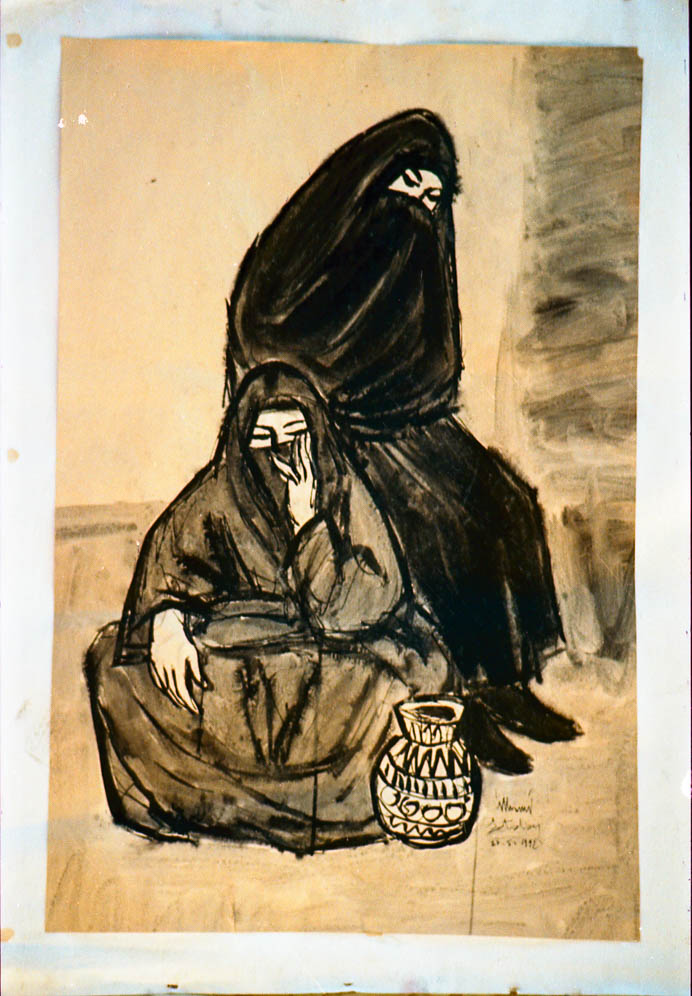 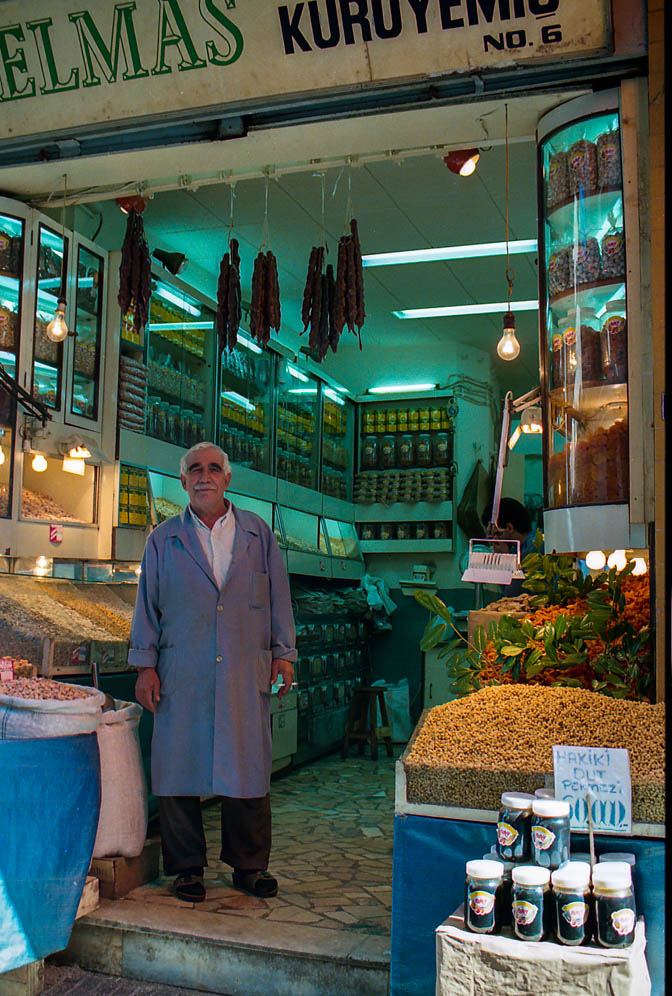 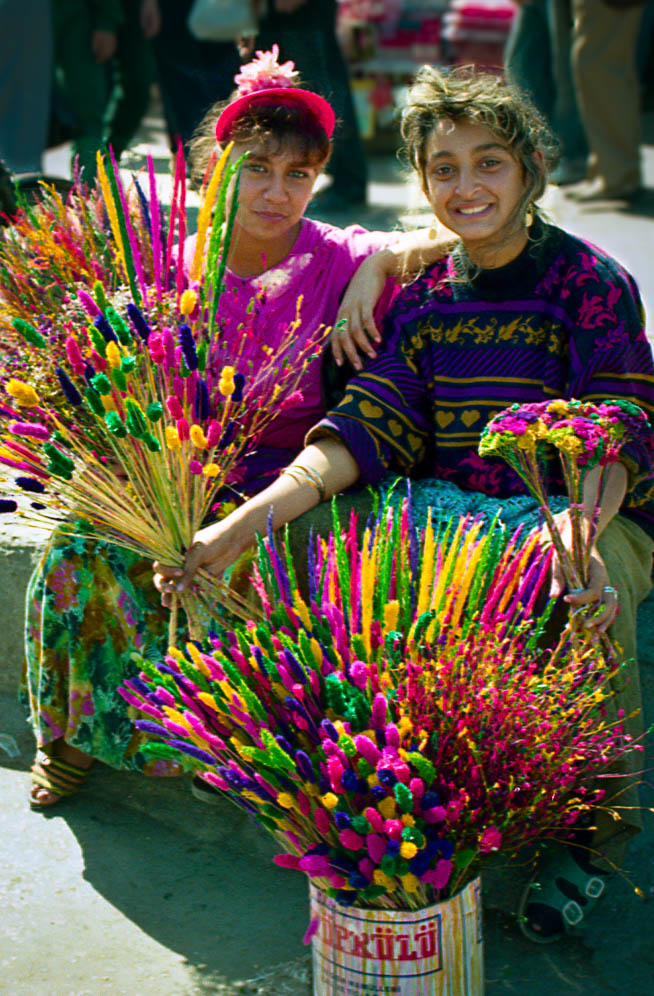 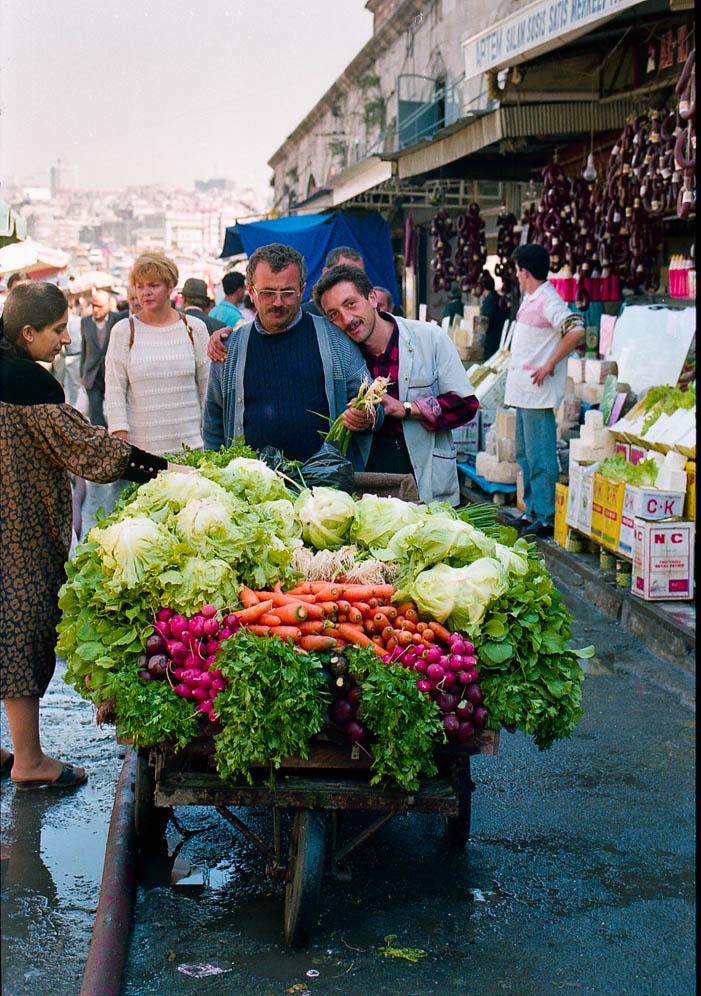 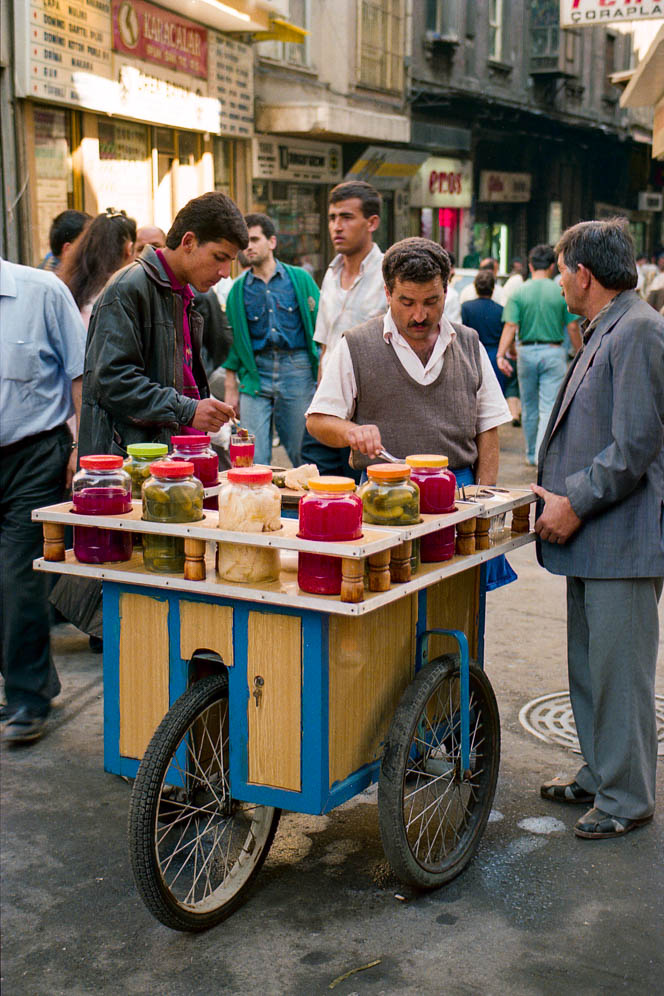 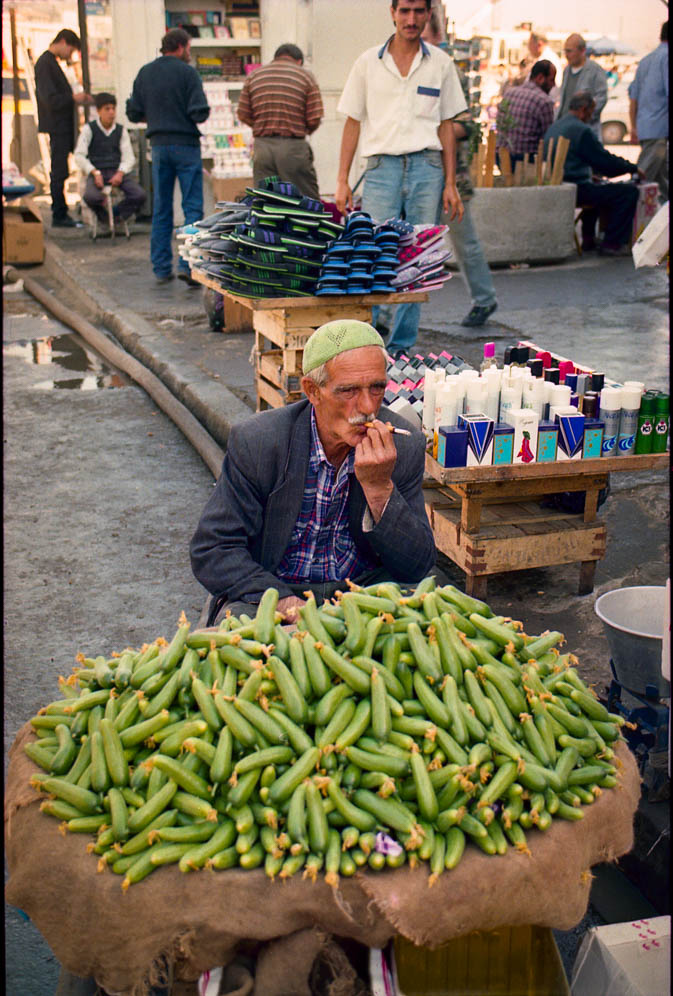 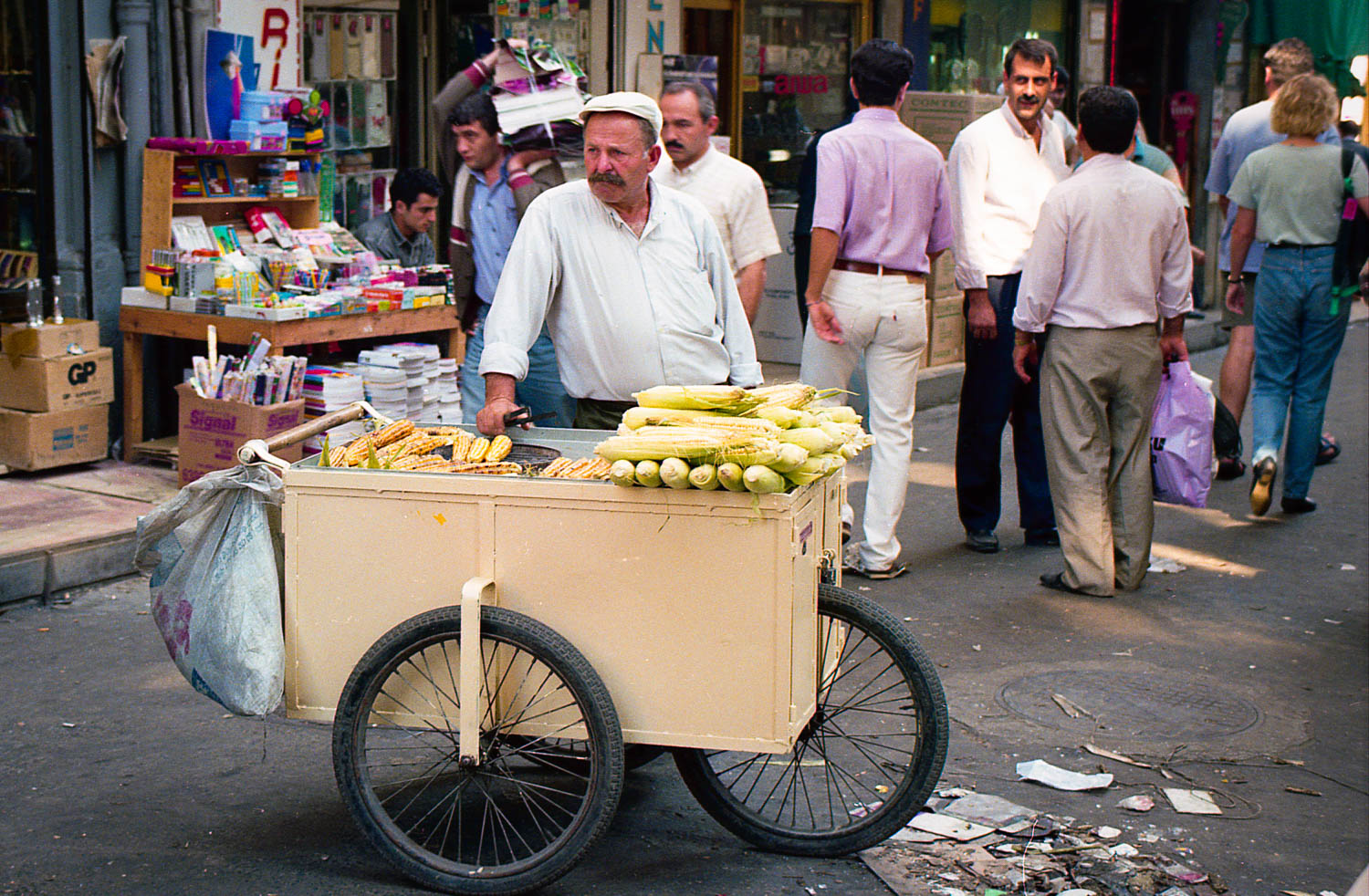 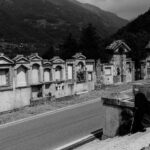 Prev The cemetery of Bagolino
Next Travelogue - South Italy 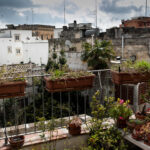