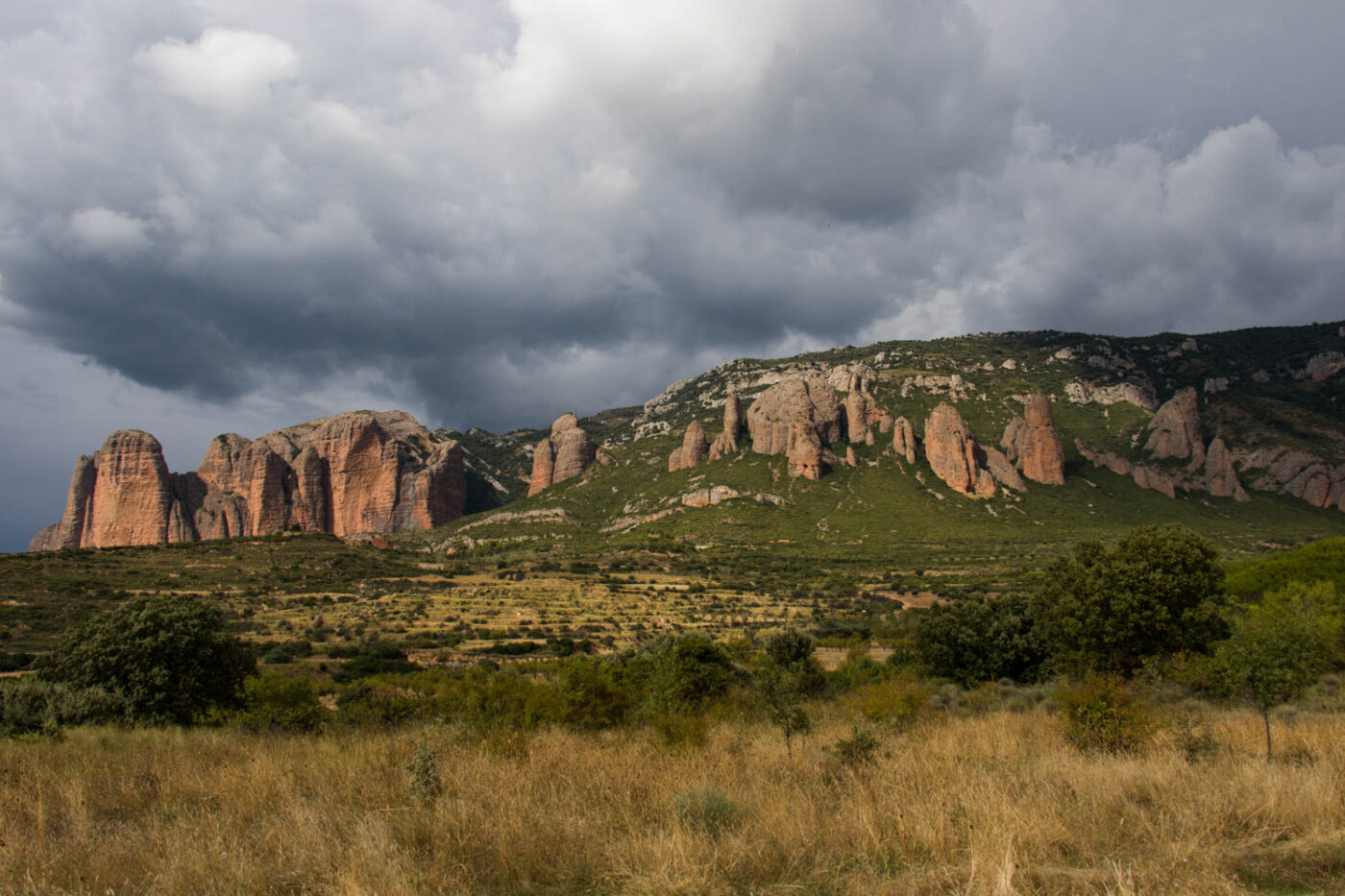 We invite you to see the photo’s of our trip on: SmugMug

A very alternating journey that began in the mountains, the Pyrenees, then to the rough Atlantic coast ending in a rural desolate part of Spain.

–  The two gorges we drove through on the road from Vielha to Huesca (See above). One between Campo and Castiljon de Sos, the other one between Barbastro and Graus.

– Natural park Sierra y Cañones. Beautiful rock formations. Just like in Brittany in France, the Côte Granite Rose, some villages have gigantic boulders in the village center. Such as Azlor and Azara.

– Castillo de Loarre. The castle, built in the 11eCentury, is situated majestically in the mountains and seems like from afar whether it is a part of the rocks. It is one of the oldest castles in Spain.

-The rock formations of Mallos de Riglos. We arrived in the evening and the light was magic. We didn’t know how quickly we had to get out of the camper in order not to miss this golden hour in photography.

-The truly breathtaking Mountain Gorge Foz de Biniés, which we drove through from Riglos to Sos Del Rey Católico.

-The castle of Javier. We were early in the morning and therefore there were not many visitors yet, and we were able to view and experience the beautiful castle peacefully.

-The landscapes in the Rioja region are very beautiful, we also visited the Balcony of Rioja, with a beautiful view over the area. Unfortunately, that day it was not clear.

– Covadonga is an important place in Spanish history. Here the Moorish troops were defeated by Pelayo. The Santa Cueva is special. The Basilica is great, but moderate inside.

-We were with our camper at the edge of a cliff at Playa de Verdicio, overlooking the Cabo de Peñas. This was the most beautiful camper site of our holiday. Spectacular.

– Cudillero. A picturesque fishing village on the Asturian Coast. It has some characteristics of Hydra, the small island opposite Athens in Greece.

– Praies las Catedralis, the beach of the cathedrals. The cliffs have been shaped by the waves to support arches of Gothic cathedrals.

– San Martino de Mondoñedo. A beautiful sober church in a small village. There was a nice atmosphere in the church.

– Sanctuario De San Andrés de Teixido. The road thereto is quite beautiful. Certainly, also the wind farms with stray cows. The granite Church is charming and is situated in a picturesque village.

-The Costa de la Muerte. A somewhat morbid name for this beautiful coastline in Galicia. From Corme we made a walk to the lighthouse. Beautiful vieuws and a special vegetation. From Camariñas we drove along the coast over a dirt road to Camelle. At the Tomb of the English people have stacked with stones thousands of small sculptures. Very special. The coastal road is really stunning.

-The Hórreos in Galicia. A hórreo is a storage for grain, built on pillars of wood or stone.

-The narrow road along the Rio Sil and the storage lake of Santo Estevo.

– Las Médulas. A surrealistic landscape of isolated rocks of red earth. The Romans have changed the landscape when digging for cold.

– Ampudia. The streets are unique, with the typical early Castilian Arcaden construction. Some of the wooden poles that support the houses still stem from the 13e Century. The village has not yet been affected by tourism. The castle is characteristically located on the edge of the village. A very authentic village. The area is deserted and desolate, which we very much like since this is also the real Spain.

-In both Ampudia, but also in Valoria Del Alcor and Dueñas there are many bodegas to see. Bodegas are, underground, agricultural storage sites. You feel that you are a century back in time.